Saturday 21 March will see the return of The Dodge Brothers to Bo’ness to accompany the 1930 silent film ‘City Girl’ screening during the Hippodrome Silent Film Festival. Followed by a one-off music gig on Sunday 22 March in the capital’s favourite music venue The Queen’s Hall.

The Dodge Brothers are a skiffle-and-blues band producing ‘tunes of proven merit’ – new songs written and performed in the old style, harking back to the days of jug-band blues and early rock’n’roll.

The Dodge Brothers’ music has an authentically American tang – lead guitarist/vocalist Mike Hammond was raised in Alabama and his youthful musical travels took him all over the southern and western USA – but with a strong British perspective. They bring with them their jug band/skiffle style deriving their music from what might have been played in the cinemas in towns such as Clarksdale Mississippi, or Troy Alabama. The Dodge Brothers were the first band to accompany a silent film at Glastonbury Festival in 2014 and have played to silent films at some of the most prestigious festivals and venues in the UK including  The Barbican, The National Film Theatre, BFI Southbank,  and The National Media Museum Bradford.

City Girl (1930) is a lushly romantic drama directed by F.W. Murnau – one of the most celebrated figures of the silent film era. It is a cautionary tale about the clash between city and urban life and is a masterpiece of the late silent era, deserving of a new audience and often overlooked. Tall, handsome screen idol Charles Farrell plays Lem, a farmer’s son who travels to the Big City, where he falls in love with Mary Duncan’s disenchanted waitress, Kate.  Lem brings his new gal home to meet the folks, but his dominating dad (David Torrence) and the pack of leering farmhands put the young couple’s love to the test. 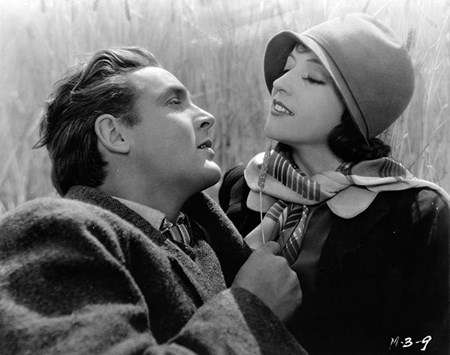 Dodge Brothers Band member Aly Hirji said: “We are delighted to be coming back to Scotland. Before sound arrived in Hollywood the movies always had some noise associated with them and as a band we are steeped in that tradition; making rackets to stories to raise an eyebrow, infect your feet with rhythm, and prompt maybe a laugh or a tear. With our fifth Dodge Brother Neil Brand, expert silent pianist and composer, we fly the flag for silent cinema.”

Alison Strauss, Arts Development Officer (Falkirk Community Trust)/HippFest Director said: “When The Dodge Brothers last played at HippFest four years ago they blew the roof off, and every year since audiences have been asking us to bring them back.  There’s really nothing to beat the spark and energy of a silent film when it is accompanied with music that fits, as theirs does.  Done well, a film can be lifted, better understood and intensified.  I can’t wait to experience the Dodges musical response to this rarely screened film and we are all delighted to see them return for our 10th anniversary in 2020.”

HippFest celebrates its 10th year in 2020 and the Festival runs from Wednesday 18 – Sunday 22 March. Full programme announced in early February.